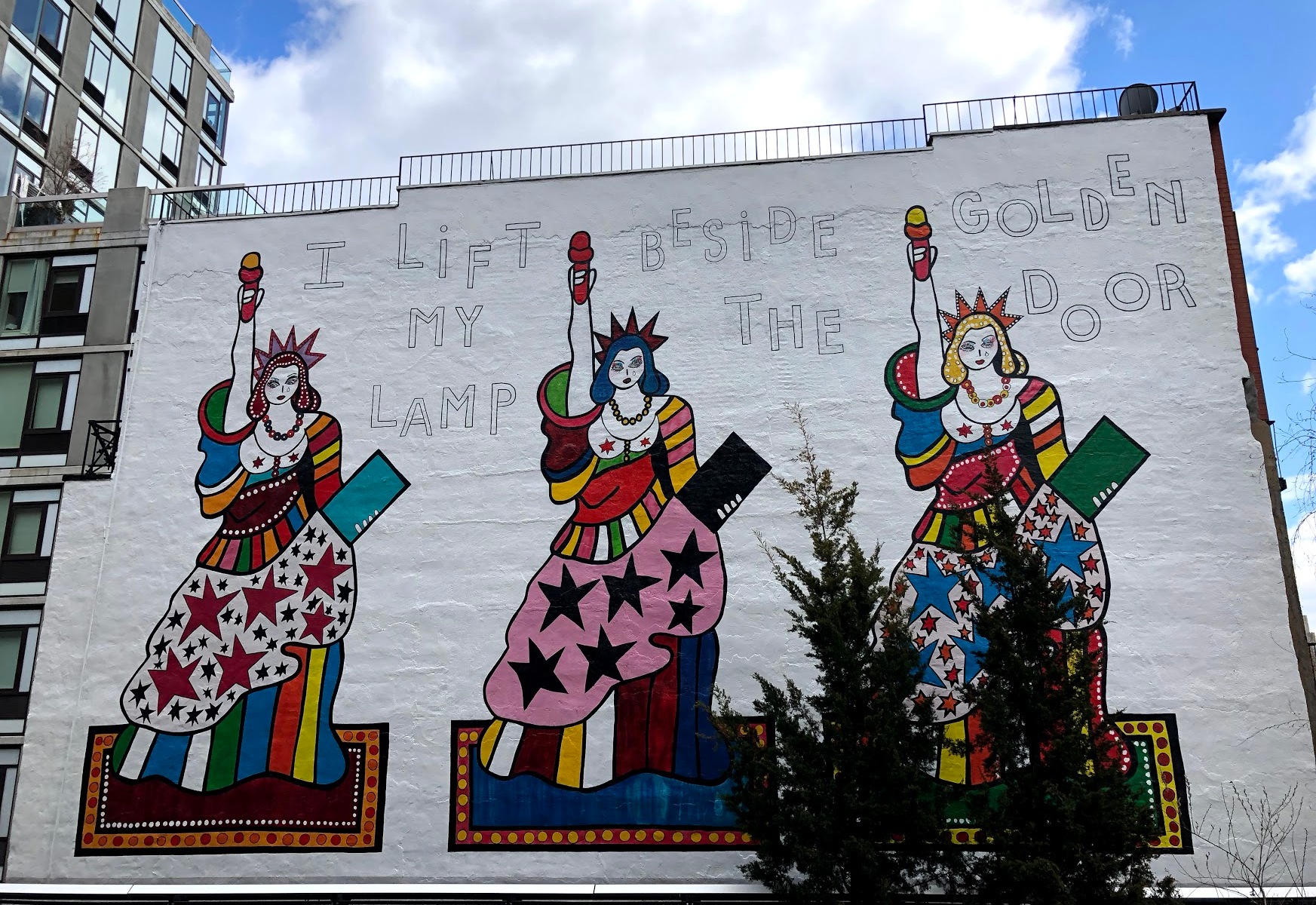 If, instead of moving to America, I had gotten pregnant instead, I would be having a baby about now.

That’s a patently ridiculous statement – after all I don’t want kids – but it’s interesting to me as a measure of time. My last post on this subject was at the end of December, and it was very much a commentary on the sadness and loneliness that can take hold when relocating from a country that you’ve spent your whole life in.

Thankfully, the nine-month report is a much happier, healthier, and altogether bouncier child (sorry).

I think I’ve figured out what the hardest part of all this has been, and I have my sister to thank for that. She was our first official visitor, back in March, and she taught me the value of spending time with someone who intrinsically understands you. My sister and I are very different people, but in all the ways that we are different, we are the same. After all, we had the same upbringing, the same early-life experiences, and have a bond that (I think) even the closest friends struggle to match.

We picked her up on a Thursday evening, delivering her to the apartment for some ill-advised late-night pizza from KraveIt (look up KraveIt Tater Tot Pizza) before heading into the city the following morning for Much Sightseeing.

It was this day that taught me what I missed most, but by the end of breakfast I had pretty much figured it out. We were sat in a Penn Station cafe, eating a quick breakfast before heading off to the Trade Center Observation Deck to marvel at the city, and I was overcome by the relief (this seems appropriate for the emotion) of sitting and talking to someone without having to constantly explain what I meant.

This is not a knock on AJ or anybody that I’ve met here since moving, but subconsciously I’d been getting worn down by the constant need to explain what I meant, why I said something, what a certain word/phrase/colloquialism was in ‘American’, or why an observation that I’d made was such an event.

There is a lot to be said for conversation that just flows without constant backtracking, and it turns out that I’d missed it immensely. I realised that to some extent I had been unable to be myself since moving here (mostly at work), and spending a day with someone from home was like a mini holiday for my soul.

By the end of the weekend, I was sad to see my sister go home again, but not as much as I worried I would have been (no ‘TAKE ME WITH YOU!’ lunges at the airport). This set things up nicely for our subsequent visit to London and Wales, when we went back for my friend Shelly’s beautiful wedding.

It was absolutely fantastic to see everybody, and I had missed London tremendously (I still think it’s a nicer city than New York, and was thrilled to use a public transportation station that didn’t feel like it was about to collapse around me, or stink of piss), but when we boarded the plane to go home, I was just as pleased to be going back to our lovely big apartment (and lovely big bed!) as I was to come home.

I’ve also realised that Seasonal Affective Disorder (SAD) affects me more than I had previously, however I’ll need to verify that this year. It may have been a combination of homesickness and the weather, but being locked in permafrost for months at a time turns out to be not that great for the psyche. Now that the snow is gone (finally), we’re busy planning events and days out, and so instead of being stuck inside waiting for a feeling to pass, I can now proactively get out and do positive, healthy things for myself.

In the next few weeks we’re looking after Cooper for a couple of weeks, one of my favourite people is coming to New York for three weeks, AJ and I are taking part in the Night Nation Run, and we have a week in Cape Cod to look forward to. That’s just in June!

I still miss my car, New York drivers are still uneducated, suicidal maniacs, public transport is still smelly and awful, and there’s no Toad in the Hole anywhere, but these things don’t seem to matter so much now 😉